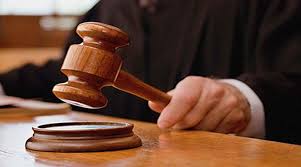 A district and sessions court on Wednesday sentenced a man to death after finding him guilty of raping a friend of his daughter at his house three years ago.

According to the prosecution, the victim was 12 years old then and had gone to her friend’s house for studying. Pronouncing the verdict, the West additional district and sessions judge, Gada Hussain, observed that the crime committed by the convict, Wali, was despicable and it caused terror and insecurity in society.

Besides the capital punishment, the judge also ordered him to pay a compensation of Rs500, 000 to the victim or else undergo additional imprisonment. The father of the victim, who was the complainant in the case, was present in the courtroom when the verdict was announced. Expressing his satisfaction over the conviction, he said his daughter was still going through trauma and got frightened even when he went near her. The incident had occurred within the jurisdiction of the Manghopir police station in 2018.

Meanwhile, another court sought the charge sheet against an interned religious teacher in a case pertaining to sexually harassing and blackmailing his 13-year-old female student.

The suspect, Qari Abdul Qadeem, was arrested over a woman’s complaint who said he was sexually abusing her daughter and blackmailing her with her obscene pictures into fulfilling his unethical demands. The complaint was lodged on December 29 last year, after which a team of the Federal Investigation Agency conducted a raid in Gulshan-e-Iqbal Block 3 and arrested the suspect.

The raiding team also found obscene pictures of the girl in the suspect’s mobile phone. The woman said that she had hired Qadeem to teach Quran to her daughter who later complained that the man molested her and also took her obscene pictures.

According to the investigation officer, the suspect sent obscene pictures of the girl to her mother through WhatsApp and threatened the family with making those pictures viral on social media if his unethical demands were not met.

He added that the mobile phone and a USB seized from the suspect’s possession were technically analyzed and on that basis, the case of child pornography was established against the suspect.