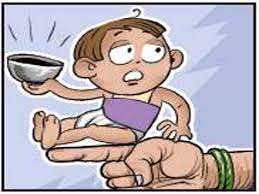 FAISALABAD: Police arrested a man who had allegedly sold his daughter, and a beggar woman who bought the minor girl, over a year ago in Ghulam Muhammadabad area of the city.

According to Ghulam Muhammadabad police, the matter was reported by an officer of Child Protection and Welfare Bureau (CP&WB), Robina Iqbal, who had nominated four persons — Nadeem, father of the minor girl, Sarwari Bibi, the woman who purchased her and two accomplices Akhtar and Noor Muhammad.

As per the FIR, Nadeem, a resident of Ghulam Muhammad Abad, sold his daughter Anaya, against Rs25,000 to a beggar woman, Sarwari, about one-and-a-half years ago when the girl was just one-and-a half-months old.

Ms Iqbal had mentioned in her complaint that Sarwari was a professional beggar who wanted to use the minor girl as a begging tool.

Police arrested Nadeem and Sarwari Bibi, while the minor girl was handed over to the CP&WB.