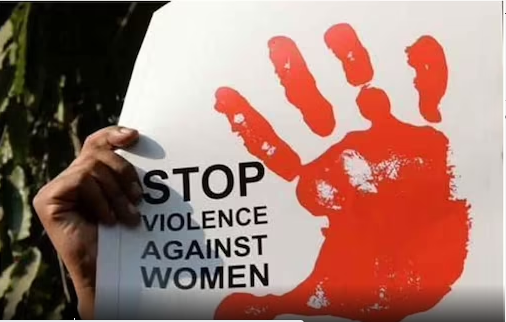 Posted by: admin in Domestic Violence 28 days ago Comments Off on Man arrested for killing pregnant wife 35 Views

A man killed his pregnant wife by mercilessly kicking her in the abdomen during an argument at their home in Shah Faisal Colony, police said quoting initial investigations.

The suspect, Muhammad Ali, said to be an alcoholic and drugs addict, has been arrested.

Shaan, the brother of the victim, while talking to The Express Tribune, informed that his sister Bushra Parveen, 30, was a mother of two boys and a girl.

Her 14-year-old boy is mentally and physically disabled.

The deceased was a na-tive of Faisalabad. Shaan said that Bushra’s husband, Muhammad Ali, is addicted to drugs and alcohol. He used to work in a facstate slogans during a tory until some time ago, but was fired from the job due to going to work drunk. T KAR Th Shaan said that on Monday morning, Bushra station. And Muhammad Ali had an argument over petty issue, during which Muhammad Ali violently kicked her in the abdomen, which worsened her condition. She was immediately taken to a private clinic near the house where the lady doc-tor made every possible effort to save her life but on worsening the condition, the doctor advised to take her to Jinnah Hospital. However, she died on the way to the hospital. After being informed about the incident, the police reached the spot and arrested the accused Muhammad Ali.