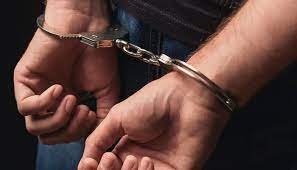 A man has been arrested for his alleged involvement in attempting to subject a minor girl to sexual assault in the Bin Qasim area, said the chief of the District Malir police on Wednesday.

SSP Irfan Ali Bahadur said the Bin Qasim police had arrested Jumman Chandio, who resides in a rented house some distance away from the girl’s home.

The officer said that according to the police investigation, the girl aged eight or nine had left the house to buy a pencil, adding that Chandio stopped the girl on the way and took her to his house promising to give her some sweets.

SSP Bahadur said a neighbour got suspicious and immediately called the police as well as informed the father of the girl, adding that law enforcers arrived on the scene to arrest Chandio and rescue the girl.

The officer said the man had tried to rape the girl, adding that DNA samples of the girl and the suspect will be matched against each other, while statements and evidences are being recorded by the police.