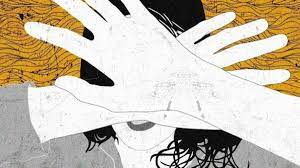 RAWALPINDI: A 17-year-old girl from Kasur was allegedly raped by a man in a hotel at Faizabad, police said.

In addition to the registration of a case against the suspect, the hotel manager was also booked under the tenancy act.

The rape victim lodged an FIR with the New Town police stating that she was called by the suspect after getting her contact number from her social media account as she had been searching for a job to meet her family expenses.

She said the suspect contacted her about a week ago and offered her a job in Rawalpindi and also arranged her travelling expenses from her native town. On reaching Rawalpindi, he called her to a private hospital in Islamabad for an interview for the job of a nurse though she had no experience and qualifications in nursing.

On Wednesday night, the suspect came in a car along with the driver and took her to a hotel at Faizabad and raped there by the suspect.

“I kept on shouting and calling for help, but nobody came to my rescue,” she said in the FIR.

She said when the suspect went to the toilet she took the keys of the room, CNIC of the suspect and locked the room from outside to prevent him from escaping.

After locking the room, she started shouting for help which caught the attention of people.

Later, the emergency police were called which led to the arrest of the suspect by the New Town police, led by Inspector Mirza Javaid Iqbal.

Later, the rape victim was taken to the Holy Family Hospital for medical examination by the women police. The main suspect was remanded in police custody for five days by a court.

Police said the suspect would also undergo a DNA test.