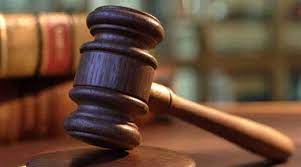 LAHORE: A session’s court on Tuesday acquitted a man of a girl’s rape after the complainant and the witnesses resiled from their previous statements.

The Factory Area police had registered a case against Saeed Rehman in 2019 on the complaint of his neighbour Muhammad Iftikhar.

The complainant alleged that the suspect raped his 20-year-old daughter.

The complainant told the court that he did not want to pursue the case anymore.

He said he would have no objection to the acquittal of the suspect.