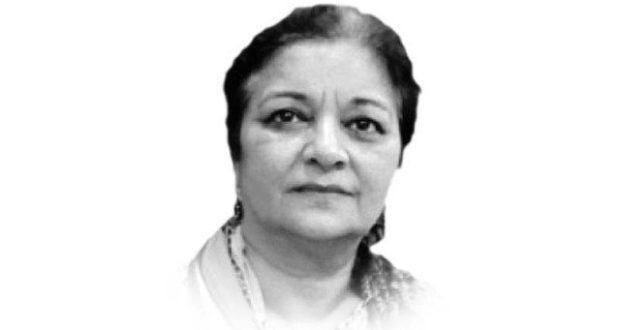 In London, at the Education World Forum (EWF), January 21-23 this year, education ministers from across the world met. Pakistan too was well represented at the EWF 2019. The ministers celebrated innovations and interventions that have led to improved education for their citizens and shared ideas for how to drive further progress.

All 193 UN member states have committed to ensuring that their children receive quality education by 2030, as part of the Sustainable Development Goals. And yet, over 130 million girls around the world will not attend school today as over half of all school-age girls fail to achieve minimum proficiency in reading and mathematics. Let’s put this into perspective for Pakistan: almost three out of 10 girls that are of primary school age across Pakistan will be sitting at home today, deprived of their basic right to education (Adjusted National Enrolment Rate -ANER = 71%) and more than six out of 10 girls of secondary school age will experience the same (ANER = 35%).

There is an overarching imperative to expand educational opportunities for both girls and boys. However, girls remain particularly disadvantaged in many countries and there is a compelling case for targeted efforts to support them. It is one of the smartest investments we can make in building more prosperous, fair and resilient societies.

A forceful report, ‘12 Years of Quality Education for All Girls: A Commonwealth Perspective’ published by the University of Cambridge for the Platform for Girls’ Education of the UK Foreign Commonwealth Office assesses the state of girls’ education across 53 countries of the Commonwealth. The group is home to over half of the world’s out of school children with Pakistan as a lead contributor to this metric. The report identifies 12 urgent recommendations to achieve 12 years of schooling for girls to ensure that no girl is left behind. Three critical levers for implementing the recommendations in Pakistan include: Stronger Leadership & Financing; Targeted approaches and Tackling discrimination.

The report shows the importance of investing in early years of education. This is when girls first experience barriers to education, and the lack of early year’s provision (particularly in remote, rural areas). Countries in the South Asian region are moving ahead with examples that include an initiative to redirect funding towards disadvantaged groups contributing to a dramatic increase in primary completion rates for girls from poor rural households, from four in 10 in 2006 to eight in 10 a decade later. And yet in many countries, domestic education budgets and official development assistance (ODA) remains heavily skewed towards secondary and post-secondary education. Given that many of the most disadvantaged girls will never make it past primary school, there is a strong case for balancing domestic and international financing across 12 years of schooling with a foundational focus on early years. As a case in point, the survival rate of girls in Pakistan till Grade 5 is only 67%; this means that 1 out of every 3 girls enrolled in primary school doesn’t even complete primary school.

From early marriages, pregnancies, to ethnic and other forms of discrimination, the barriers to girls’ education are often rooted in wider gender inequality. Just take a look at our Gender Parity Index: across Pakistan, only 87% girls are enrolled in primary school for every 100 boys (and this number falls to as low as 56% for the erstwhile Fata). Dismantling these barriers requires proactive, integrated efforts both by education actors and other sectors of society.

There are countless other examples of “what works” to provide more girls with a quality education. The task now is to learn lessons and implement the best models at scale. For that, we need visible political commitment and sustained investment of resources. High profile initiatives such as Presidential awards for girls who excel at school can have a powerful impact. Let us champion for keeping it high on the political agenda. I call on others to step up and take concrete action for making girls’ education a national development priority.