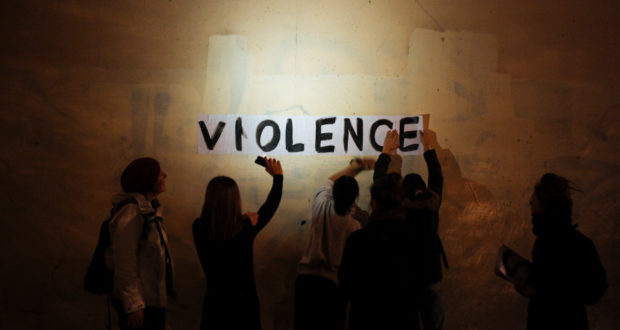 NOWSHERA: The police here on Monday arrested the main accused in connection with the sexual assault and the subsequent murder of a five-year-old girl.

Speaking at a press conference at the Police Lines here, District Police Officer (DPO) Najamul Hasnain said the accused identified as Said Wali subjected the victim girl to sexual assault and afterwards tortured her to death. The crime had taken place recently in Hamza Rashaka Mera in Kheshgi Payan in the limits of Risalpur Police Station. “On the basis of the information divulged by the accused during the preliminary investigation, the police recovered from his house the blood-stained bricks and the knife used in the crime,” the DPO said. He added that the accused was produced in the court of the Civil Judge-cum-Judicial Magistrate Maleeha Allauddin that remanded him in the police custody for four days.

The official recalled that the girl had gone outside to play but did not return home by 3pm. He said that her family started searching her and later her body was recovered stuffed in a gunny bag near an abandoned poultry farm located at a distance of about 100 yards from her house. Najamul Hasnain said that the girl child had been subjected to torture and sexual assault and had been defaced. He added her body bore stab wounds. He said that the police formed an investigation team to sort out the case.

The police started profiling of the people in the vicinity and the cops in plainclothes, including lady constables were sent to the area to gather information about suspects. The DPO said that during the search, the policewomen spotted the blood-stained clothes at the house of the accused Said Wali, who was the neighbour of the victim girl.

The official said the police arrested the accused and grilled him for hours. He said that the accused confessed to his crime during the investigation. The accused told the investigators that he got hold of the girl and forcibly took her to the poultry farm, where he sexually assaulted her. The accused said he killed her when she started crying for help. He also divulged the name of his accomplice Arshad, who was on the run.

Meanwhile, Defence Minister Pervez Khattak expressed deep sorrow and anguish over the gory incident and extended sympathy to the bereaved family. He said that the accused would be handed down a severe punishment to prevent such occurrences. Talking to this scribe by telephone, he said that he had directed Member National Assembly Imran Khattak and Member Provincial Assembly Ibrahim Khattak to visit the family and extend condolence on his behalf.

Chief Minister Mahmood Khan directed the Khyber Pakhtunkhwa Police to help the family of the victim girl get justice. He was talking to this scribe on the telephone. The chief minister lauded the police for the timely arrest of the accused in the case. The chief minister said that he would personally monitor the progress in the case. He said that no negligence would be tolerated and the police had been directed to arrest the accomplice of the prime accused.