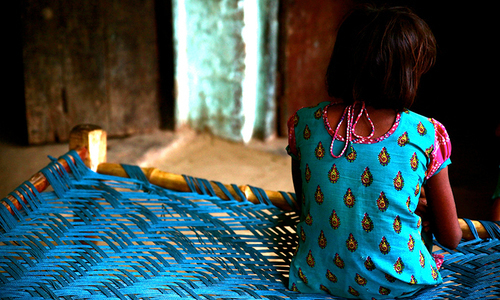 KARACHI: A judicial magistrate on Friday issued a show-cause notice to the investigating officer of the housemaid gang rape case in the Defence area.

Police claimed to have arrested a retired army soldier and another man for abducting the 30-year-old victim, sexually assaulting her on fake promise of getting her a job and dumping her on the beach in Darakhshan on Sept 2, 2021.

On Friday, the counsel for the complainant submitted before the magistrate that the IO of the case was not properly investigating the matter.

Advocate Nizam Channa further said that the IO had failed to record the statements of the witnesses, as required under Section 161 of the criminal procedure code.

He apprehended that important ocular evidence could be wasted.

The victim, who also appeared in court, informed the judge that one of the suspects was serving as a driver in a DHA bungalow.

She said that the suspect called her at Badar Commercial for a job, adding that later he along with his accomplice drove her to a bungalow.

The victim alleged that both the men subjected her to a sexual assault there and next day dumped her on Seaview and escaped.

The magistrate issued a show-cause notice to the IO of the case to appear in court along with a written explanation on Jan 10 and adjourned the hearing.

Both the suspects are currently on bail in the present case.

A case against them was registered under Sections 376 (punishment for rape) and 34 (common intention) of the Pakistan Penal Code at the Darakhshan police station on the complaint of victim’s relative.