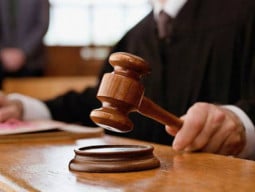 GUJRAT: A lawyer riding a motorcycle allegedly opened fire on his wife and brother-in-law following a court hearing on Saturday.

His brother-in law died at the spot, while his wife and a child passing by were injured.

According to A Division police, lawyer Almas Jameel, a resident of Chah Kholay, had married Rab Nawaz a resident of Kisana village

from the profession, but due to a worsening relationship, legal cases between them were ongoing in a family court.

On Saturday, Almas and her 33-year-old brother Tahir Jameel left the courthouse on a motorcycle after a court hearing.

Rab Nawaz allegedly pursued and opened fire on them near Mohalla Shah Hussain.

Tahir died on the spot, while Almas and 13-year-old bystander Raqeeb Khan were injured, both of whom were shifted to hospital by rescue teams.