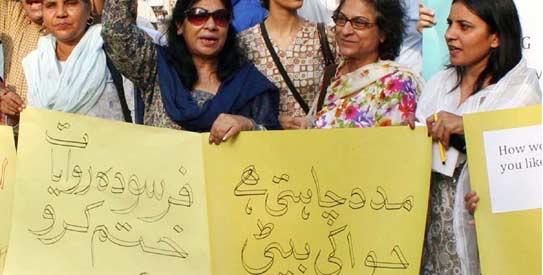 SUKKUR: Three people, including two women and a man, were killed over the Karo-Kari issue in districts Jacobabad and Larkana on Monday.

A man, identified as Liaquat Khoso, shot dead his sister Abida and her cousin Abdul Wahab Khoso after declaring them Karo-Kari in village Liaquat Khoso near Mirpur Buriro in district Jacobabad and managed to flee.

The police shifted the bodies to a hospital. In another incident of similar nature, a person, Babar s/o Asghar Jatoi, stabbed his wife Amna Jatoi to death over the Karo-Kari issue at Golimar Muhalla of Larkana.