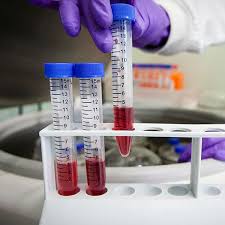 KHAIRPUR   – Police on Monday confirmed that the DNA samples of a suspect in the minor girl’s gang rape and murder case had matched the samples got from the victim.

Addressing a press conference at SSP Office Khairpur, Additional Inspector General (AIG) Police Sukkur Dr Kamran Fazal, along with DIG Sukkur Fida Hussain Mastoi and SSP Khairpur Ameer Saud Mangsi, told that after matched DNA report, accused Abdullah Larik had admitted that he raped Monika Larik, later killed her and then threw her body in a banana orchard near Hadal Shah village in district khairpur while two other accomplices were with him.

The police also raided a village and arrested other two accused Saleem Shar and Mansoor Shar. All accused were involved in the rape and murder of Monika, said the police.

He said it was pure blind murder case which was resolved within a week by technical operation and investigation teams. He said that the 50 suspected people of the area were arrested for the interrogation.

Last week, the police arrested five suspects in the rape and murder case of a seven-year-old girl, Monika from Khairpur.

According to details, the DNA tests of more than 365 suspects were conducted and a match was found with the victim’s relative.

A week ago, the police had recovered the body of the girl and shifted it to the Pir Jo Goth Taluka Headquarters (THQ) Hospital, where a lady doctor confirmed that the girl was raped before she was strangled.

A case was registered on the complaint of the girl’s father against three unidentified persons after her body was found from Hadal Shah village.