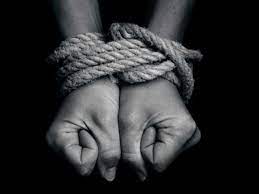 Posted by: Fatimah Hassan in Gender Based Violence 9 days ago Comments Off on Investigation Officer (IO) told to submit report on progress in tracing abducted girl 7 Views

A court directed on Saturday the investigating officer to submit a report about the progress he has thus far made in tracing the whereabouts of a teenage girl who is said to have been kidnapped from Saeedabad.

The judicial magistrate (West) told IO Fida Hussain to furnish the report on the next date.

Thirteen-year-old Michael was allegedly abducted from Mawachh Goth on December 27, 2022. Subsequently, a kidnapping case was registered at the Saeedabad police station on a complaint of the victim’s father, Munawar Masih.

The complainant’s lawyer Luke Victor stated before the court that the girl had allegedly been kidnapped by Noman, who lured her with an intention to sexually abuse her.

The investigating officer had not yet been able to trace the whereabouts of the minor girl, he lamented.

The court was pleaded to direct the IO to submit a progress report in terms of sections 9 (warrant to search for child), 10 (temporary custody), and 19 (entrustment of custody of child victim) of the Sindh Child Marriage Restraint Act, 2016 read with the Section 100 (search for person wrongfully confined) of the Criminal Procedure Code.