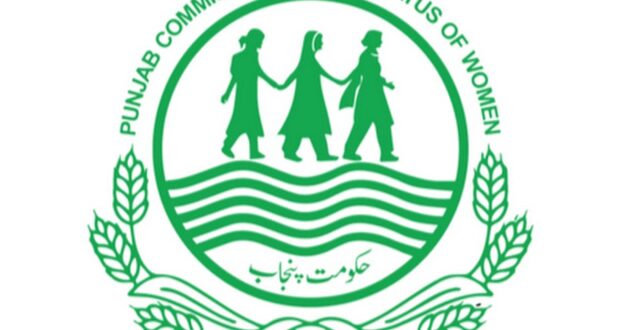 LAHORE:On the eve of International Women’s Day, being marked today (Monday), the demand to appoint a chairperson of Punjab Commission on the Status of Women (PCSW) was made.

The government organisations created for women’s welfare have been without their heads which has adversely affected their performance. The National Commission on the Status of Women (NCSW) has been with its chairperson for more than three years now while the PCSW does not have its head since May 2019, more than one year and nine months. Imran Javaid, senior legal executive of PCSW, was of the view that many issues would be solved if a chairperson of was appointed.

This year Sangat Development Foundation (SDF) has made ‘Functional and Assertive Punjab Commission on the Status of Women’ its theme for International Women’s Day. In an event held on this occasion here, a number of women members of Punjab Assembly from both ruling and opposition parties, journalists, civil society activists, and government officials took part.

At present PCSW is only referring cases while there is need to evaluate the laws and policies. Imran Javaid, “Our helpline 1043 is working. We call relevant department when we receive a complaint. If they still do not work, we write a letter. And this letter is written within 10 days. We have issued letters to DCs in 36 districts and have asked for giving us a focal person to keep in touch with and address the complaints as soon as possible.” He underlined the need to bring all departments on the same page.

PTI MPAs Aisha Iqbal and Farida Khanam said, “We ask questions from PCSW but don’t get answers.” Tahira Habib of HRCP had the same complaint. Uzma Kardar, chairperson of Standing Committee on Gender Mainstreaming (Women Development) said there shouldn’t be 15 years of experience compulsion for the post of chairperson. “We should talk about this issue in ‘Zero Hour’, she said.

It was brought to the knowledge of the participants that the pay and perks for chairperson has been reduced but the responsibilities that come with this position were all the same, it is the reason nobody was showing interest. The officers of PCSW, including secretary, are being denied executive allowance, utility allowance and secretariat allowance while the officers of Women Development Department and Directorate of Women Development Dept are getting all the allowances, it was learnt. If the officers don’t like to stay in PCSW, it is understandable. The participants called for equitable treatment of PCSW staff.

Zahid Islam, executive director of SDF, pointed out that the PCSW website had not been upgraded since the termination of service of the last chairperson in 2018. “Even the board members of PCSW have completed their tenure. The department is getting proper budget but is not functional,” he said. There is law but no implementation. He said that women representation on the leadership position seemed low.

Shahnawaz, regional head of Strengthening Participatory Organisation (SPO), pointed out that while Violence Against Women Act 2016 was there, what good is such a bill in the absence of rules of business which are still to be made.

Muhammad Tahseen, executive director, South Asia Partnership (SAP), highlighted the increase in violence against women. He stressed the need for representation of women in Police Department which is very low.

Kanwal Liaqat, PML-N MPA, said that speaking in the assembly was an uphill task. “A woman gets up several times before she is allowed to speak in the assembly. I also moved adjournment motion and questions in the Punjab Assembly for hiring of chairperson of PCSW. It is going to be almost 2 years. We are still waiting for it. On this International Women’s Day, we must agree that the chairperson of the institution should be appointed. We must all do something together,” she concluded.

Asma Aamir, project manager of SDF, highlighted the gaps regarding functional and assertive PCSW and enlightened about the advocacy work SDF had done within a year in this regard. The others who spoke on the occasion were: Shazia Khan, CEO of Youth Commission for Human Rights (YCHR), Madiha Munawar, legal advisor of Women Development Department and Sumaira Abid, coordinator, Lahore, Punjab Women Protection Authority.