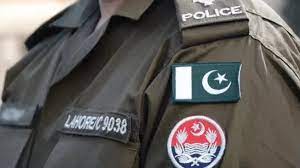 LAHORE: Inspector General of Punjab Police Inam Ghani has directed the DIG IT to develop a digital app for close monitoring of missing, abducted or abused children across the province so that information received about them from all sources including helpline 15, police stations and service centers are automatically updated on the app and effective and timely mutual coordination might be ensured to help them and take action against the culprits.

Chairing a meeting at the Central Police Office on Friday, the IG asked the DIG IT to prepare the app as soon as possible and present that in the next meeting. He said the app should be made available to the general public on Google Play Store so the parents and heirs to the victim children could register themselves on the app and easily reach police with one click. He said the supervisory officers should focus on immediate action and cooperation for safe recovery of a child on the report of missing or abduction of the child. He warned that delay in police action in cases of missing, abducted, tortured and physical abuse of children would not be tolerated at any cost.

He said the supervisory officers in the cases of children should take benefit from modern forensic science and information technology so that the process of bringing the culprits to justice could be expedited.

The IG told the police officers that children were a very sensitive part of society and they were future of the country, therefore, measures should be taken on a priority basis against the anti-social elements which were causing problems for them.

The IG Punjab said that through the app, the report of missing, disappeared or abduction of children in any district of the province would be sent to all the police stations and field formations of Punjab Police at the same time which would help take immediate steps for safe recovery of the victim children.

If a missing child from Lahore or any other district goes to another district or is abducted, the local police will not only be alerted but also mobilize for safe recovery of the child as well as bringing those responsible to book.