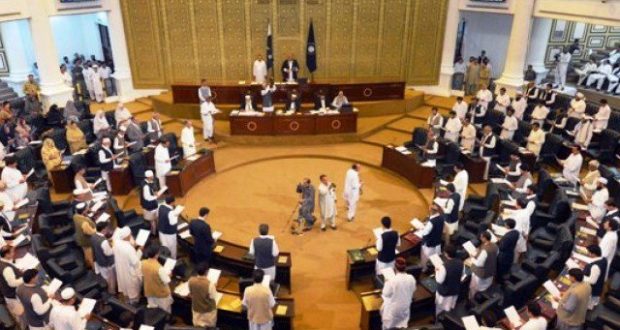 Previously, women lawmakers used to get development funds in every government. Even during the far-right Muttahida Majlis Amal (MMA) led government, women were given their share of funds on a timely basis.

In this context, women MPs from the opposition in the K-P Assembly have indicated to move court and file a writ petition soon, PPP legislator Nighat Orakzai The Express Tribune on Saturday.

An opposition bench women’s wing member and a vocal politician in the K-P Provincial Assembly Nighat Orakzai told The Express Tribune that neglecting the women caucus in the provincial assembly was initiated by the Khattak government in the previous PTI led government which still persists.

“Women on reserve seats and from opposition benches are deprived of their due rights in development funds, a practice which started in the previous PTI tenure. So we have decided to contact the government benches’ women to resolve the issue if the matter persists or we will move court” Orakzai said.

Even in the MMA government elected and non-elected women members were equally granted development funds and added that previously it was Rs10 million a year, while in the ANP era the allocation of funds was subject to a condition to the parliamentary leadership in the provincial assembly, Orakzai added.

However, regrettably, the current PTI led government continues their practice of depriving women MPAs in the allocation of development funds, while we have decided to file a writ petition in the court to curtail such practices by them.

She said: “We will continue to safeguard interests of women caucus in the provincial assembly with regard to release of development funds to women MPAs, while we have also contacted minority wing member Ranjit Singh on the issues.”

Few treasury benches have also been contacted on the issue, but they have yet to show their solidarity due to pressure from the party and chief minister, Orakzai said.

“We will be compelled to move court and file writ petition if our grievances are not duly addressed.”