Posted by: admin in Gender in Journalism, Gender Issues March 9, 2015 Comments Off on IFJ launches ‘gender and media in Pakistan’ report 2592 Views

The International Federation of Journalists has issued its “Asia-Pacific media through a gender lens” report on the International Women’s Day on Sunday which focuses on working conditions of women journalists living in Pakistan, India, Sri Lanka, Vanuatu, Malaysia, Nepal and Cambodia.

Speaking on the occasion, PFUJ secretary general Amin Yusuf termed the report a step towards empowering women and bringing improvement in the working conditions at media houses. He said that efforts would be made to increase women’s representation in trade unions and to bring improvement at the work place for women.

IFJ deputy director Jane Worthington said: “In many countries across the Asia-Pacific, there has been a progressive and positive growth in the number of women in newsrooms, working as freelancers and in the online space as bloggers, writers and people of influence. There are a lot of great achievements to celebrate in terms of women in the media,” she said. “But the IFJ is also acutely aware that the media is still very male dominated when top positions are examined and in determination of what and who makes the news.”

The IFJ Asia-Pacific hoped that the country reports will encourage much-needed discussion on the vital role media plays in leading and influencing change within its own industry as well as in the representation of women and gender issues.

These IFJ ‘media and gender’ country reports detail the experience of journalists at work and in their unions in seven countries across South Asia, South East Asia and the Pacific comprising Cambodia, India, Malaysia, Nepal, Pakistan, Sri Lanka and Vanuatu. 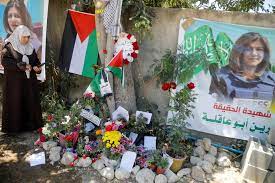