FAISALABAD: Two women were killed for ‘honour’ in separate incidents in the city on Saturday. One of the suspected assailants was arrested. Police said they also recovered the weapon used to kill the woman.

One woman was killed on Saturday allegedly by her uncle’s who thought that she had been having an extra marital affair. Mochiwala police said that Qaisar and Rabnawaz, residents of Chak 266-JB, had suspected that Nazia Bibi was having an affair with a neighbour.

On Saturday, police said, when she went to her parents’ house, her two uncles shot her dead and fled. The body was sent for a post-mortem examination. A case was registered on the complaint of Nazia Bibi’s husband. Police said they were looking for the suspects.

Elsewhere, a man was arrested for killing his daughter “for bringing a bad name to the family”. Police also recovered the axe that was used in the crime.

Kamalia police said that Muhammad Yousuf’s daughter, Bushra, a resident of Chak 773-GB, had developed an illicit relationship with a boy from the neighbourhood. They said she had started meeting the boy in her parents’ absence.

On Saturday, they said, Yousaf caught her meeting the boy at their home after which he beat her. When she argued back, they said, he attacked her with an axe and killed her. Before he could flee, police were called and he was arrested. Police registered a case against Yousaf on the complaint of his brother, Muhammad Younus. 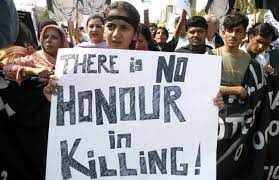 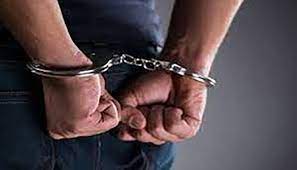