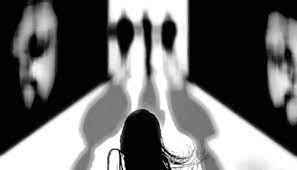 GUJAR KHAN: A Hindu girl kidnapped from Singhoi area in the limits of Chotala police station of district Jhelum was recovered after a week from Bahawalpur area on Monday and the suspect was also arrested.

According to the FIR registered on June 7 on the complaint of the victim’s mother, the girl and her family had temporarily shifted to Singhoi area of Jhelum from Badin area of Sindh to work at the farmhouse of a local landlord, Raja Zafar.

She said on June 6, she and her daughters were returning from hillside after doing work and stopped at a place to drink water and use washroom. When her daughter, went to use washroom where the suspect was present who started beating her and took her away in his car.

The suspect abducted her daughter with the intention of rape on the directions of the landlord, Raja Zafar, alleged the mother in the FIR.

When Dawn contacted spokesperson of district Jhelum police, SI Ahsen Butt, he said the victim has been brought back to Jhelum by the police team from Bahawalpur while raids are also being carried out to arrest Raja Zafar.