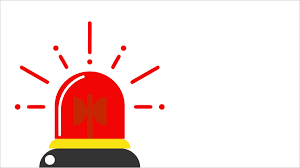 According to the Punjab police, there has been a 300 percent increase in incidents of sexual harassment of women in Lahore since the August 14th assault of a woman by hundreds of men at Minar-e-Pakistan. The police say 642 cases have been reported since that much-publicised incident. But many women say that even a 300 percent increase does not reflect the true reality of the situation. While a larger number of women may have stepped forward recently, a very large number still do not raise their voices, suffering in silence. This includes women going to work, or to school or college, and other women in various walks of life, in some cases within their own homes. They do not speak because in our culture, or the culture that we have begun to claim as our own, it has become commonplace to shame the victim and to blame her for the offence and violence committed against her. The clothes the woman was wearing, the question of where she was at a particular time and why she was there have all become an unfortunate part of the debate. Even those sitting in the highest positions in the land have referred to this in the past; in fact, the misogyny used by politicians and other people in influential positions has added to the perception that it is alright to use whatever language is desired against women.

Other reports speak of still greater violence against women with a private organisation in Islamabad reporting nearly 7,000 cases of abduction on an annual basis as well as nearly 2,000 rapes. This is very likely, given what we know about the situation of women in the country. And yet, despite all that we see we continue to insist that women are respected in Pakistan and given their rightful status. Nothing could be further from the truth. The media plays its parts by sensationalizing violence. We know of the manner in which cases involving women are covered by the media and how women go through the same torture again and again, at police stations, before courts, and later when they return from court, even when they have won the case.

A few years ago, we heard of an incident in which an entire group of girls was molested inside an examination centre. They did not speak out, until one brave girl put the matter up on social media. They didn’t speak up because they were afraid, because they did not wish to face the shame that our society associates with girls who assert their position and admit to facing sexual harassment or because they know that the accusations would not be believed. There has been a proposal to set up speedy justice courts for women who face rape or harassment and cells where women can report violence have been stablished in Lahore. Any efforts at improving judicial help to women is welcome but it is also important to note that extraordinary punishment is not the answer. There are plenty of laws on our statute books. We need to implement these laws and ensure that they are uniformly meted out each time there is proof of guilt. When this does not happen, perpetrators are given greater licence to operate and to make more women their victims in a society that is changing rapidly and where such cases are reported more freely than before – but still not often enough