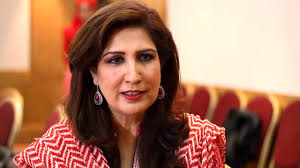 KARACHI: The Sindh Assembly was told on Friday that the women development department in collaboration with different non-governmental organisations (NGOs) was providing facilities to women for their skills development.

Furnishing a statement and replies to the written and verbal queries of the lawmakers during Question Hour in the provincial assembly, Women Development Minister Syeda Shehla Raza said the department had organised several programmes on National Women’s Day and International Women’s Day in 2018 and free-of-cost stalls were provided to women artisans to display their work.

She said the department was also running different training programmes for girls and women such as courses of sewing and cutting, embroidery, information technology (IT) in Benazirabad to empower them. “As many as 70 girls were given certificates in different programmes in Benazirabad after completion of training,” she said.

To a question by Sidra Imran of the Pakistan Tehreek-i-Insaf, the minister said there were no sales and display centres functional in the province between June 2016 and November 2018 under the umbrella of the department. However, she added, one display centre was established in Karachi in the State Life Building under the Annual Development Plan scheme titled ‘Establishment of Sales and Display Resource Centre’.

Ms Raza said the department had signed a memorandum of understanding with two NGOs for facilitation of women entrepreneurs in the province and one of the NGOs had permanent display centre at Sukkur where 3,600 women were empowered by providing stalls free of cost to display their products and earn profit independently.

To another question, the minister said her department in collaboration with different NGOs had also organised several capacity-building training programmes for skilled women.

She said that as many as 200 women were successfully trained in four skills and empowered through skills-enhancement training courses of embroidery, cutting, computer courses and English language etc.

Besides, Ms Raza said, 70 girls were trained in sewing and cutting and 150 girls were admitted in the Enterprise Development Programme where they learned various skills such as sewing, cutting, embroidery, bag making, candle work, jewellery work etc. “Many of them are working independently after the training,” she added.

She said the department was in process of initiating projects of ‘Improvement of Livelihood of Home-based Workers’ in coordination with the Japan International Cooperation Agency (JICA) which would benefit approximately 1,000 to 1,500 girls/women and help them achieve their livelihood goals.

Separately, the minister said that no appointment was made in the department during 2017-2018.

To a supplementary question, she said the scope of skills development for women was being widened.

Answering another verbal question, the minister said the department also provided free legal aid to needy women. She said the offices of the department were functioning in six districts across the province.