Marking International Day of Rural Women, speakers at a moot said the federal and provincial governments through bait-ul-mal funds were making rural women beggars instead of organizing them and boosting their capacity to earn their livelihoods.

Through the Ehsaas and Benazir Income Support Programme and other initiatives, the governments provided money without enabling them to use it to make livelihoods, speakers said at a recently-held moot that was organised by the Hari Welfare Association, a peasant rights body.

They deplored the fact that the Sindh Assembly had passed the Sindh Women Agriculture Workers Act (SWAWA) in December 2019, but no action had been taken to put the act into effect by 2020.

Furthermore, the SWAWA may not have positive outcomes even if it is attempted to be implemented due to the law’s complexity and the government’s lack of commitment, they said. The act was passed in 2019, but no action was made to enforce it in 2020 or 2021. The government has yet to appoint or notify the board to oversee the act’s provisions.

The HWA leader said women agricultural workers had not been registered under this act at the grassroots union council level, and no measures had been adopted in this regard. The act was unquestionably a watershed moment for Sindh’s peasant and women agricultural labourers, but the Sindh Tenancy Act, the Sindh Bonded Labour System Abolition Act, and the Sindh Industrial Relations Act had all failed to achieve their goals since the government of Sindh had made little effort to enforce them, he said.

The PPP’s provincial government in Sindh was famous for introducing human, child, labour, workers and women’s rights and protection laws, but the implementation of laws had remained a severe problem, he added.

“The provincial government lacks the will, seriousness and commitment to implement the SWAWA of 2019,” a speaker said. “More than two years have passed, but not a single step has been taken to enforce the law, an important law which not only recognises women’s work in the agriculture sector, including farming, livestock and fisheries, and related sectors, but also promotes and protects their right to participation in decision-making and fosters empowerment, only if it is implemented.”

Citing the results of the 2017 census, speakers said that Sindh’s overall population was 47.883 million, with 22.956 million (48 per cent) women, primarily in rural areas where literacy rates are 45 per cent compared to 80 per cent in urban areas. “Because of the low literacy rate in rural areas, most women and girls are not sent to school due to a lack of girls’ schools, female teachers, or the feudal and tribal systems that rule society,” said Khaskheli.

Citing a report of the Human Rights Watch, speakers said that women in the districts of Tharparkar, Sanghar, Mirpurkhas, Dadu, Jacobabad, and Badin lived in the worst conditions, with almost no access to health and education services and facilities.

The speakers demanded that the federal and provincial governments start livelihood programes in rural areas and support social systems to protect women and girls rather than depriving them of education and targeting them for honour-related issues.

They also urged the government to give the state land to women permanently in rural areas. “The Sindh government could only protect women and girls in rural areas from all forms of abuse and exploitation, as well as from deprivation of food, health and education rights if society’s empowerment programes are implemented through women’s education, health, and financial stability, as well as with effective implementation of laws and policies for women protection,” said a speaker.

Social security programmers should cover all rural women, and women should make themselves eligible for housing schemes and the Sindh Women Agriculture Workers’ Act, should be implemented by the government, speakers demanded. 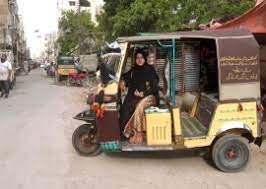 Tribal traditions seen as obstacle to women’s right to inheritance