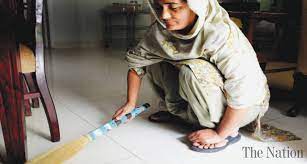 He was addressing the district convention of women workers’ alliance at a local hotel which was organised by the human rights department. A documentary about women workers in Lahore, Faisalabad, Rahim Yar Khan and Sialkot was shown at the convention. The minister said even a rural woman could not be deprived of her rights to inheritance, family sustenance and access to higher education etc. The minister said that no society could develop unless it protected its womenfolk, adding that the government had taken several steps to ensure the protection of women. He said the Punjab government had ensured the implementation of the harassment act 2010 and women could consider themselves completely safe at workplaces besides set up of around 200 daycare centre in the province.

Representatives of chambers of commerce, Women Protection Authority, Punjab Commission on the Status of Women, Women Ombudsman and others attended the convention.