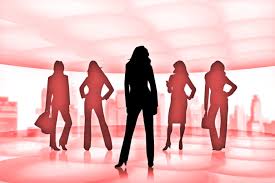 ‘Government committed to bringing to more women in workforce’

Parliamentary Secretary for Foreign Affairs Andleeb Abbas said on Thursday that the government was committed to bringing more women in the workforce as currently 78 percent of them were unable to contribute in the national progress. She said this while speaking here at ‘Leaders in Islamabad Business Summit’ on its second day.

Citing example of Vietnam that got independence in 1975, fought a war for 20 years and has a per capital income more than double of Pakistan and consistent seven percent growth rate, she said the female participation in the workforce in the country was 73 percent.

The parliamentary secretary said the government was committed to bringing more women in the workforce through education and imparting technical skills. Abbas said the multinational companies had been performing better due to the diverse workforce, having people of different nationalities, different religions and different genders. “Companies which are ethically, racially and gender-wise diversified, they earn 35 percent more in their profits,” she said.

“Strength lies in differences and not in similarities,” she said, adding the diversity was also essence of humanity as each one was unique. “I’ll also be promoting legislation on this,” she said, adding that this is a knowledge era and public and private sectors should be hand in glove for the development.

Over 50 international delegates participated in the event, and they through various panel discussions shared their ideas on a wide range of subjects, including, geo-political backdrop, future of work, future of diversity and inclusion, and future world through responsive leadership.

During the Summit, Fatima Asad Said, Regional Director Abacus Consulting, participated in a panel discussion on ‘The Future of Diversity and Inclusion’.

“Organisations have now adopted an approach of diversity and inclusion which nurtures the skills and abilities of individuals regardless of their gender, ethnicity, religion, disability, education, and national origin, transforming them into the leaders for tomorrow,” said Fatima Asad.

“Organisations today need to attract the right talent with the best minds and skills through continuous trainings,” she added. More than 700 delegates attended the two-day conference, including CEOs, ministers and journalists from international media.