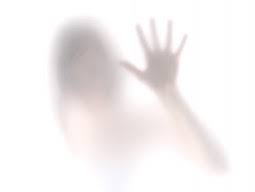 RAWALPINDI: A daughter of a mentally disturbed woman was allegedly raped and later her pregnancy aborted by a man in connivance with a doctor and other people in Jatli.

The suspected rapist also filed a complaint against a teenage brother of the woman in the police station and sought help from the chairman of the area to make a patch-up with her parents who lived in Dhoke Nishan-i-Haider Jatli. The victim’s father, a farmer by profession, in an FIR registered with the police on Sunday stated that six months ago when his daughter was returning home from a nearby shop she was forcibly dragged by the suspect into her house and raped.

He also threatened to kill her if she disclosed the incident to anybody.

The complainant said the accused showed objectionable pictures of his daughter to her and warned that he would distribute them in the village if she inform anyone about it. He said after being threatened, the victim did not disclose the incident to him or anyone else.

The complainant said that three months ago the mother of the accused along with a relative came to his house and asked her to forgive them and forget what had happened with her.

After convincing her, they took her to their house where a nurse, a lady doctor and others managed to end her pregnancy forcibly after giving her an injection.

She told her father that she regained her senses after about two hours and was dropped at her house. The father of the victim accused seven people of rape and murder.