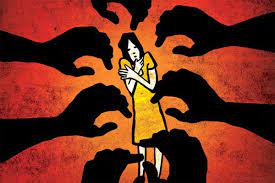 LAHORE: A girl from Okara was gang-raped by her lover and his two friends in a hotel in the limits of Sattukatla police on Tuesday. The accused Sharafat developed friendship with the victim who hailed from Okara through cell phone. The victim came to Lahore to meet her aunt when she contacted Sharafat and asked him to meet her. The accused took the girl in a hotel where he along with his two accomplices gang-raped her. Sattukatla police have registered a case and arrested the main accused Sharafat while raids were being carried out to arrest the other accused.