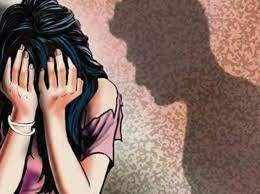 Girl dies after three men allegedly gang-rape her in Gujrat

GUJRAT: Another gruesome incident of the death of a girl after an alleged gang-rape in Gujrat’s Ghazi Chak area surfaced on Sunday.

Punjab police spokesman said that the prime suspect of the incident has been arrested. He said that the victim purportedly died due to the consumption of “poisonous tablets”. However, the facts will be revealed in the autopsy reports, he added.

The spokesman told Geo News that a case has been registered at the Saddar Police Station on a complaint lodged by the victim’s mother.

The complainant nominated a man in the first information report (FIR), saying: “Salman and his accomplices kidnapped my daughter and gang-raped her.”

Meanwhile, Punjab Inspector-General of Police Inam Ghani said that the case is being handled on a “priority basis” and “justice will be served to the affected family at all costs”.

According to the police, three men allegedly kidnapped a girl and gang-raped her on the night of September 3. The victim died soon after the incident as the culprits dumped her upon the deterioration of her condition and escaped.

Share0Pin0Tweet0LinkedIn0Email0
gender based violence 2021-09-05
admin
Previous: Policewoman, a gender crime officer, allegedly kidnapped and assaulted by man in Muzaffargarh
Next: Special desks set up for women