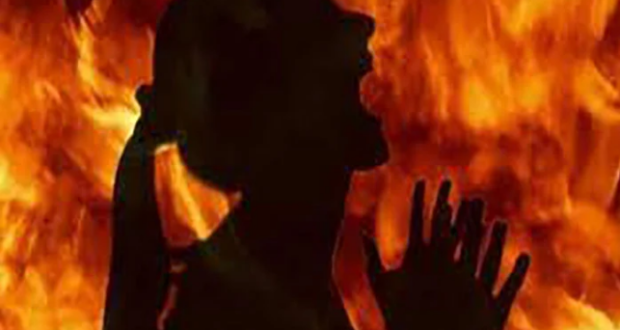 Posted by: admin in Gender Based Violence October 27, 2022 Comments Off on Girl burnt by suitor dies at hospital 48 Views

LAHORE. A 22-year-old girl who was set ablaze by her cousin over refusal of marriage proposal in Kot Lakhpat died at a hospital during treatment. The victim identified as Kiran reportedly had received serious burn injuries after her cousin Khuram along with Tanveer and another accomplice had barged into the house and set her ablaze. She had received serious burn injuries and was admitted in Lahore Jinnah Hospital for treatment. The victim passed away on Wednesday. Her body has been moved to morgue for autopsy. Police had arrested all three suspects in the case and are busy in investigating the matter. On Monday, report edly, Khuram along with his two accomplices barged into the house of Kiran in Tehat Pind, Chand Rai. He, after a brief altercation, sprinkled petrol on her setting her ablaze. She suffered injuries and was shifted to Lahore Jinnah Hospital for treatment