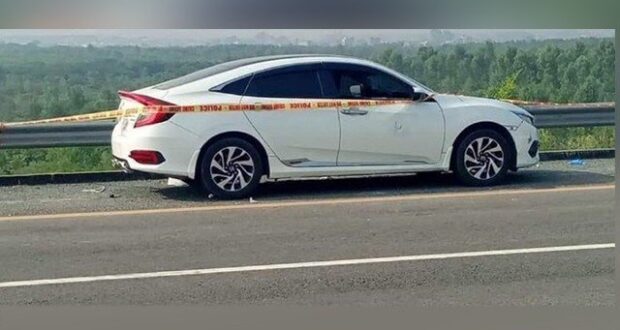 Gang-rape victim agrees to give statement

LAHORE: The woman, who was gang-raped on Lahore-Sialkot Motorway earlier this month, has agreed to give her statement to police.

The victim of the horrific incident, which has shocked the entire nation and triggered countrywide outrage, will record her statement on the phone.

The transcript of her initial statement will also be attached with the challan.

According to sources, the police will request an in-camera trial and also conceal the identity of the survivor during the proceedings.

The woman has also agreed to identify one of the suspects, Shafqat Ali, who was arrested in Depalpur, Okara.

She had earlier refused to give her statement to the police.

The main suspect in the case, Abid Ali, is still at large. Police sources maintain that he is still in Punjab and could have disguised himself as a beggar or a labourer.

The police, out of fear of him escaping the country, requested the FIA to put his name on the blacklist. The investigation agency had already sent the data of the accused to airports and border security checkpoints across the country.

Abid’s suspected accomplice, Shafqat, has been arrested sent on a 14-day judicial remand on September 15. The police said the headquarters and Lahore police should be immediately contacted if any information regarding the suspect was received.

The woman was travelling with her children when their car stalled in Gujjarpura as it ran out of fuel.

She called her relative and sent him her location on the motorway. When the relative reached the location, he saw the woman panic-stricken and blood stains on her clothes. The windowpanes of her vehicle were also broken.

The woman told the police that she was waiting for her relative to pick her up and her children when two armed men attacked her. One of them struck the car with clubs and the other held them hostage at gunpoint.

The attackers then took her to a nearby forested area where they gang-raped the woman in front of her children.

On September 16, Prime Minister Imran Khan vowed to pursue the Lahore motorway gang-rape case to its conclusion and ensure that the culprits were punished according to the law.