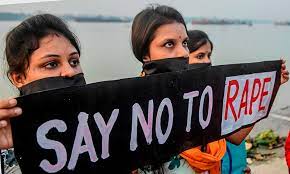 The police arrested three uncles and grandfather of a girl who was gang raped and critically injured by them with daggers here on Wednesday.

According to details, three brothers gang raped their niece in tehsil Sangla Hill of Nankana Sahib and along with their father critically injured her with daggers, threw the girl in canal and fled the scene.

The girl was rushed to hospital where doctors managed to save her life but an eye was spoiled.

The police during a raid arrested all four culprits involved in rape, murder attempt who admitted the crime in preliminary investigation and were being interrogated after registering a case against them.—INP