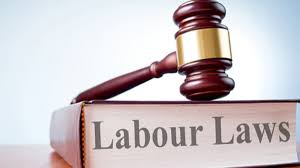 Islamabad: Women Workers Alliance (WWA), a group of women workers from 14 industrial districts highlighted gender gaps and inconsistencies in labour laws in a press conference held on Tuesday calling upon the federation to provide legislatures a set of bare minimum standards on labour legislation.

Calling these standards ‘federal framework guidelines on labour legislations’ the members said that such guidelines should be followed by federal and provincial legislatures while legislating on labour issues.

WWA members said that current laws- federal and provincial – have issues of harmonisation and consistency. For example, federal labour laws do not have any provisions for equality of wages of men and women, KP and Sindh laws have provided some non-binding clause on the issue. As per Pakistan’s signing of fundamental conventions of International Labour Organization (ILO), Pakistan has to ensure equal wages among men and women.

Such legal inconsistencies and disparities are also found in other labour issues as well. For example, a women worker can avail a maternity leave of 16 weeks in Sindh weeks while in rest of Pakistan, the leave is allowed for 12 weeks. While Sindh has legislated progressively in provision of maternity leave, the eligibility of women to qualify for maternity leave is made conditional to a continuous service in that particular organization for at least one year while in other provinces and federal laws maternity leave can be availed on services of as many as four months.

The provision of daycare center that is very important for women’s economic participation, as it is a tool to redistribute the care responsibilities, is also inconsistent in various laws.