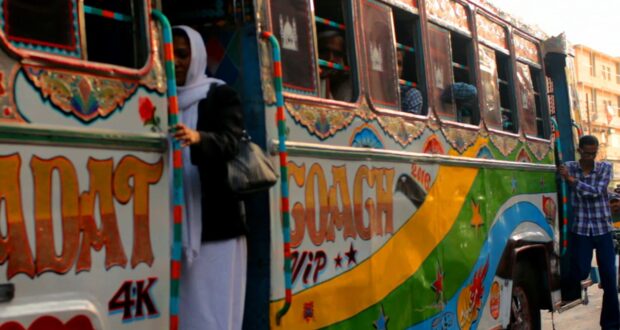 According to the details, the female passengers have submitted their complaints to the relevant authorities and urged them to designate separate portion for them in the Blue Line buses.

They have also pointed out that the drivers of these buses also felt them helpless because they could not do anything in case of harassment of female passengers during the travel.

The Blue Line service is operating from Korang Bridge Expressway to Faizabad metro bus stop and a large number of female passengers utilize this service that is quite viable and affordable for them.

Very few working women have the facility of office transport or the means to own a car. Thus, the majority have to rely on public transport especially metro bus service.

A number of incidents have already happened in which youngsters created problems for the female passengers. Now the situation is turning from bad to worse and needs attention of the concerned authorities.

It is pertinent to mention here that Prime Minister Shehbaz Sharif inaugurated new metro bus service in Islamabad to provide a viable option to thousands of commuters in twin cites of Rawalpindi and Islamabad.

While commenting over this issue Chief Commissioner, Islamabad Muhammad Usman Younis stated “The enforcement and vigilance will be increased. We will also raise awareness among the commuters regarding respect for specified women space in buses.”