The cybercrime cell of the federal investigation agency has Sunday said it has arrested two people from Karachi and Hyderabad in two different cases of filming women in compromising states to blackmail.

The cybercrime cell said of the Hyderabad case that it arrested a man for allegedly installing a camera inside a women’s restroom and filming at least one woman in her compromising state.

He made a fake social media ID and published that video to get it viral, said FIA officials.

The additional director of the cybercrime wing alleged the man had been blackmailing the girl after making her videos.

We have recovered from his phone and computer the data of the videos he filmed, Additional Director said. 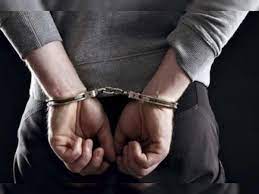