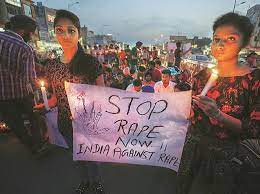 Posted by: admin in Gender Based Violence July 24, 2022 Comments Off on Family of rape victim assured of justice 27 Views

TAXILA: Regional Police Officer (RPO) Imran Ahmar visited the house of a rape victim in Shadman Town in Wah Cantonment the other day and assured the family that the culprit would be caught.

He also told them that they would be provided justice and the perpetrator of the crime would not escape punishment. He later visited the crime scene where the tortured body of the nine-year-old boy was found.

The RPO said a Joint Investigation Team (JIT) had been constituted by Rawalpindi police under the supervision of SSP investigation Syed Ghazanfar Ali Shah.

“Such a brutal incident is intolerable and unacceptable and the accused involved in the heinous crime would be arrested soon,” he said.

According to the first investigation report (FIR), a woman lodged a complaint with the police, saying that she and her three children were living with her parents after she developing differences with her husband.

The complainant said she was informed by her mother when she returned from work on July 19 at 6pm that her two sons aged nine and five had gone missing.

She said she and her other family members started searching for her missing sons and found the youngest terrified in a nearby field.

The boy told his mother that a man gave them Rs100 to bring a cold drink from a nearby shop.

“The man finished half of the drink and handed me the bottle and took my brother to the nearby field,” the woman quoted her son as saying.

She said she rushed towards the field where she found her son’s body lying in a pool of blood.

“The unknown man had sexually assaulted and then murdered him,” the FIR said.