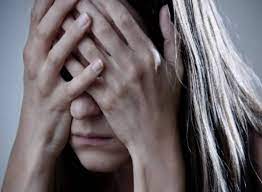 Posted by: admin in Gender Based Violence July 30, 2022 Comments Off on Fake cop kidnaps, rapes girl in Muridke 28 Views

A masquerading police official raped a teenage girl at gunpoint in Muridke, family said. The city police on Friday registered a case against the fake police official and sent him to the lock-up in his counterfeit police uniform.

Reportedly, a young man named Hussain had been roaming in the city for the last three years wearing police uniform and carrying a pistol in his holster. He could be seen with different policemen of the city police station and everyone in the town would think that he was a police official too.

But the crook fake cop kidnapped a labourer Allah Ditta’s daughter Sadaf, aged 14, and raped her at gunpoint. The victim girl started raising an alarm, hearing her screams, the local residents gathered at the place and rescued her from the hands of the fake inspector.

The local’s then beat him up and got him arrested who was still wearing the police uniform. The citizens protested against the rape of the girl demanding justice. Talking to media, the girl’s father alleged that the accused was hurling life threats to him. He said that police were trying to give protection to the rapist by not registering a case.

He demanded of the Punjab Chief Minister Ch Pervaiz Elahi and IG police to provide him justice, otherwise he would commit suicide along with his daughters in front of Punjab Assembly building.

On the other hand, when the city police station was contacted with regard to case registration, the police said they had registered a case against the fake cop and also recovered a motorcycle from his possession. —INP