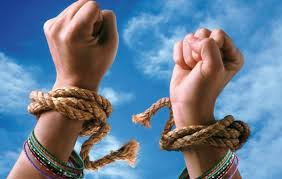 Islamabad : There is a need for greater legislative protection in particular areas of concerns for women, said Human Rights Minister Dr Shireen M Mazari on Wednesday.

“The implementation of the existing laws protecting the women is more important,” she told a seminar on ‘Challenges and Impediments Against Women in Politics’ hosted by Women’s Parliamentary Caucus during the 5th CPA Asia Regional Conference here.

The minister said every issue that related to the women, children and marginalized group was a national issue.

She said problems begin at home regarding women and their mainstreaming in to the society.

Dr Mazari said the UN should take strong note of the discrimination against women in the western world especially in EU countries where Muslim women have not the freedom to express their social and religious identity. “There is a lack of recognition even in the west that they are discriminating against Muslim women. In order to address the gender based issues, we have to include the women in all discussions, consultations and in decision making in all areas specifically in policy discussions concerning conflict and natural disasters,” she said.

The minister said women were the silent sufferers in conflict zones including presently in India-occupied Kashmir.

“We can only mainstream women in to the national political arena if we look at our future through humanitarian lens not a gender lens,” she said.

Dr Mazari said besides awareness, legislation is necessary to strengthen and safeguard the women.

She said women have to face the discrimination by the family and society with respect to access at public places and even in health particularly with regard to the lack of discussion on prioritizing health issues relating to women. The minister said the ministry had started program on creating awareness against child abuse.

“Women have to deal with many threats every day including emotional and physical wellbeing, sexual harassment, assault, rape, so called honour killings and others. The women empowerment begins with women empowering themselves. We have to discourage the discrimination at the level of society and state,” she said. She said there was a need to encourage and support children without discrimination on the basis of gender.

“This is first step in prioritising women’s issues as national issues,” he said.

“We have laws to protect women and children but these laws are not implemented. There is a need to implement the existing laws and create awareness about these laws,” she said.

Dr Mazari said if we look at many of our cultural and social issues through a Constitutional lens then there is automatic incorporation of women specific issues into the national mainstream agenda.

She said there are certain laws which failed to comply with the requirements of equality and non discrimination on the basis of gender. The minister said Section 10 of the Citizenship Act of 1951, dealing with the transfer of the citizenship to foreign spouses was a clear violation of the Constitution of Pakistan.

She asked the law ministry to take note of it saying we cannot have a law that violates the Constitution.

The seminar was also attended by the Speaker National assembly Asad Qaiser and Minister for IPC, Dr Fehmida Mirza, key representatives from Commonwealth countries and legislative assemblies of Gilgit-Baltistan and Azad Jammu and Kashmir.