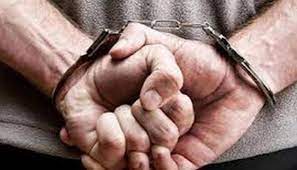 OKARA: Forty-two people, including 17 nominated ones, were booked on Thursday for kidnapping a woman from the Dipalpur court premises over contracting a marriage of her choice four weeks ago and thrashing her husband.

The woman, Muqaddas Kanwal, had reached the magistrate’s court along with husband, Arsal Ramzan, to record her statement.

As per the first information report (FIR) registered on complaint of Arsal, he had contracted marriage with Muqaddas against the will of her family who registered an abduction case against him with the Hujra Shah Muqeem Police Station.

The couple reached the court of magistrate Noor Alam at Dipalpur to recording of statement in the abduction case but dozens of members of the family of Muqaddas were already there to kidnap her.