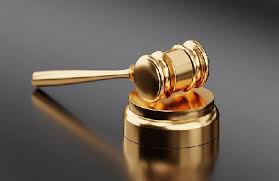 According to the prosecution, Rustam Ali of Gulshan-e-Raheem Colony, Chak No.214-RB, had allegedly raped his two nieces.

The police registered a case against the accused on June 25, 2018 and submitted a challan in the court. After observing evidences and witnesses, the court awarded life imprisonment on two counts to the accused and directed him to pay a fine of Rs 2,00,000.

The Environment Protection Department challenged 15 vehicles over excessive smoke-emitting and collected a fine of Rs 10,700 from them on Thursday.

According to official sources, the joint teams of traffic police and Environment Protection Department inspected overall 48 vehicles at different roads including GTS chowk and challenged the faulty vehicles.