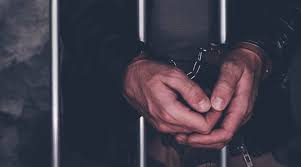 Rawalpindi-A court of law on Saturday granted the police two-day physical remand of an accused allegedly involved in torturing a woman and leaking its video on social media.

The court ordered police investigators to reproduce the accused on July 12 before the court for further proceeding.

Earlier, a video showing a woman bitterly weeping and begging mercy from a man in a house located in Phase 1 of Bahria Town went viral on social media.

A case under sections 354/452/506 of PPC has been registered against Hammad Shah on complaint of the woman. In the FIR, she stated that she got married with a man Qasim Shah some six years ago and living happily with her husband.

She alleged her cousin Hammad Shah entered her house without permission on June 15, 2021 in presence of her husband.

“Hammad started harassing me and asked my husband to divorce me as he (Hammad) wants to marry me,” she said adding that Qasim Shah showed resistance on which he (Hammad) fled from the scene. She also accused Hammad of recording a video of her and leaking it on social media as well as to her husband. The woman asked the police to register FIR against the accused and to arrest him.

A brother of Hammad Shah told The Nation that his brother Hammad was not involved in the crime rather Qasim Shah had tortured his wife, recorded the video and leaked on social media. He alleged Qasim demanded money from him to settle the case out of court.

On the other hand, Qasim Shah rebuffed the allegations saying Hammad Shah is involved in torturing his wife and sharing her video on social media. He said Hammad wanted to marry her after getting her divorced from him (Qasim).