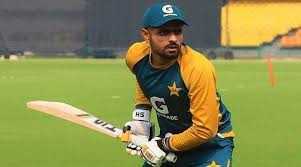 LAHORE: An Additional District and Sessions Court on Monday adjourned hearing in a petition seeking registration of a criminal case against skipper of national cricket team Babar Azam for allegedly raping, harassing and blackmailing as the petitioner sought time to submit relevant record.

The petitioner implored the court to grant some time for submission of medical record. She stated that her whole case is based on the hospital medical record. The court adjourned the hearing for today.

On the other end, counsel of Babar Azam argued before the court that his client is a national hero and the complainant is blackmailing him since 2016. He claimed that police probe had found Babar innocent after which the petitioner had extended an apology to his client. The counsel implored the court to dismiss the petition. As per details, the petition was moved by Hamiza Mukhtar in the court of Additional District and Sessions judge Numan Muhammad Naeem. The petitioner contended that Babar Azam allegedly raped her on the false promises of marriage. The woman contended that both Babar and she was in love and had illicit relations, and she got pregnant out of this relation. However, Babar convinced her for abortion on the promise of marriage.

She further stated that she had approached Naseerabad Police Station for an FIR against the cricketer. However, when Babar came to know about her application in the police station, asked her to take back application on assurance that he will marry her. “But when Babar got fame, he started ignoring her and finally refused to marry her,” the petitioner claimed. “After which I again approached concerned police station but the police refused to record my statement”, Hamiza added.