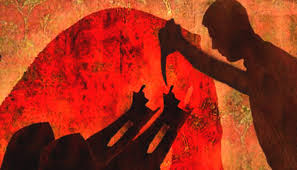 GUJRANWALA: A man and his wife were murdered in Gakhar Mandi on Friday for honour.

Police said Ubaidur Rehman (25) and Amna (22) fled Mianwali a year ago and settled here after marriage.

When Amna’s family learnt about their whereabouts, her brothers Noor Khan and Zaman reached their house and opened fire on them.

Civil Lines SP Imran Malik told media that bodies of victims had been sent to the DHQ Hospital for an autopsy and teams had been established to arrest the culprits.The slain couple had a minor daughter who remained unhurt.