ISLAMABAD: In an apparent rebuff to the Council of Islamic Ideology (CII)’s stance on underage marriage, some treasury lawmakers on Tuesday proposed harsher punishments for those entering such conjugal contracts with minors.

In its meeting on March 10, the CII ruled that the minimum age stipulated for marriage in the Child Marriages Restriction Act 1929 did not comply with Shariah law.

Lawmakers from the ruling Pakistan Muslim League-Nawaz (PML-N), led by MNA Marvi Memon, retorted that those who contract and solemnise such marriages should be penalised. This earned the ire of JUI-F legislators, particularly Maulana Muhammad Khan Shirani, who is also chairman of the CII.

“The CII has already given its recommendations over the Act and this should not have been discussed in the National Assembly,” Maulana Shirani said after Memon introduced a bill seeking amendments in the Act. The bill was backed by MNAs Asiya Naz Tanoli, Muhammad Pervaiz Malik and Shaista Pervaiz.

Maulana Shirani opposed the proposed amendments saying they were contrary to Islamic teachings and laws. In order to substantiate his arguments, he quoted Articles 2, 7 and 227 of the Constitution and several verses from the Holy Quran and Hadith and said that according to Islamic laws, marriage can be solemnised when a girl attains puberty. “Parliament cannot create legislation that is against the teachings of the Holy Quran and Sunnah,” he added.

However, SA Iqbal Qadri from the Muttahida Qaumi Movement said he opposed the introduction of the bill, but for different reasons. “After the passage of the 18th constitutional amendment, the subject [marriage] has become a provincial subject and the bill should not have come to the National Assembly,” he said.

The House adopted a resolution moved by Pakistan Tehreek-e-Insaf MNA Asad Umer asking the government to take measures to reduce indirect taxation in the country. Umer said that industrialists and agriculturists are exempted from the current system. “The governments [past and present] have introduced four schemes in four years for tax evaders,” he added.

The idea of bringing the agriculture sector into the tax net was supported by MNA Javed Hashmi and legislators from the MQM. However, PPP’s Abdul Sattar Bachani said there was “an impression that agriculturalists do not pay taxes despite the fact that they pay heavy amounts in indirect taxes”.

Shazia Marri said the government had increased GST from 16 to 17% in the last budget, a move to increase indirect taxes, without consulting members of the Lower House of parliament. Parliamentary Secretary on Finance Rana Muhammad Afzal said the government is already taking steps as proposed by the MPs both from the government and opposition.

Four bills, including the Constitution (Amendment) Bill, 2014, seeking an amendment to Article 51, regarding an increase in minorities’ seats from 10 to 16 in the National Assembly, were also introduced during the session.

Previous: Help desks for women at police stations on the cards
Next: Balochistan governor lays emphasis on girls’ education 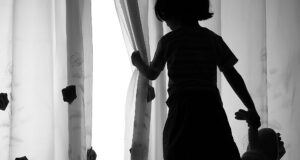 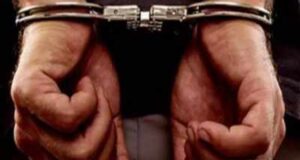