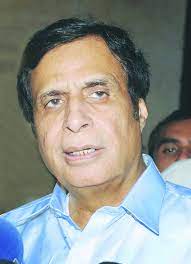 LAHORE – Punjab Chief Minister Chaudhry Parvez Elahi has sought a report from Faisalabad region­al police officer (RPO) about alleged molesta­tion of a women during a robbery. He ordered strict action against the accused and said that the perpetrators of the crime should be pun­ished according to the law. He said that justice should be provided to the affected women.