This category covers all your views and opinions 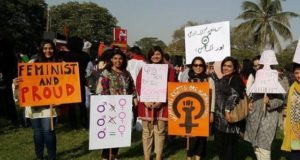 Thousands of women from a cross-section of society came out in cities across Pakistan on International Women’s Day to be part of the Aurat March. One can recall how in 2018, several women, children and men took part in the ...

END_OF_DOCUMENT_TOKEN_TO_BE_REPLACED

Women in the minority

On this International Women’s Day, let us look at the challenges that minority women and girls face, in addition to those of an average Pakistani woman. Gender experts often use the term ‘double jeopardy’ to explain the disadvantage and disparity ...

END_OF_DOCUMENT_TOKEN_TO_BE_REPLACED 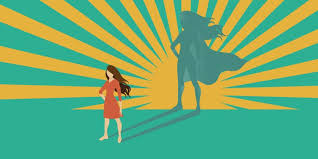 THE question as to what has kept Pakistan afloat despite its inept and self-centred rulers’ efforts to sink it has never been decisively answered. The most commonly accepted theory is that Pakistan’s survival is due to Allah’s infinite mercy, benevolence ...

END_OF_DOCUMENT_TOKEN_TO_BE_REPLACED IN a world of widespread conflicts, wars and political upheavals, the need for individuals and groups who can play their role of peace builders, negotiators and mediators is more urgent than ever before. A large war infrastructure has been built, ...

END_OF_DOCUMENT_TOKEN_TO_BE_REPLACED

The order by the Supreme Court to governments to make the law against the harassment of women in the workplace stronger and to simplify the process of lodging complaints is welcome. We all know that harassment is a commonplace phenomenon ...