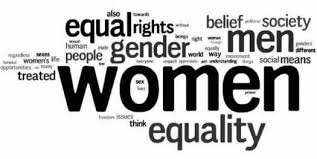 END_OF_DOCUMENT_TOKEN_TO_BE_REPLACED

Need stressed for sensitising police to deal with anti-women crimes 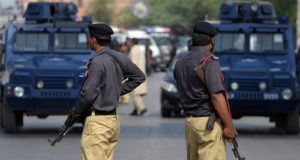 KARACHI: A consultative meeting on the Sindh Comprehensive Acid and Burn Crime Bill 2019 has brought up several issues standing in the way of the law’s coming into action. “There have been so many great pro-women laws that were passed ...

END_OF_DOCUMENT_TOKEN_TO_BE_REPLACED

PESHAWAR: Nearly a fortnight after the July 20 elections in the newly-merged tribal areas, the government is looking to get some of these newly-elected lawmakers into the provincial legislature and to then subsequently include them in the provincial cabinet. The ...

END_OF_DOCUMENT_TOKEN_TO_BE_REPLACED

Our last parliament reinvigorated General Zia’s draconian measure, though extremely differently. He had made two females equal to one male. And since our parliamentarians appeared to be suffering from a kind of diplopia (seeing two separate or overlapping images of ...

END_OF_DOCUMENT_TOKEN_TO_BE_REPLACED

Lessons from how women voted in 2018

In last year’s general elections the Election Commission of Pakistan collected gender disaggregated data for the first time. The effort, mandated under the Elections Act, 2017, allows for an analysis of differences in voting choices of men and women. The ...