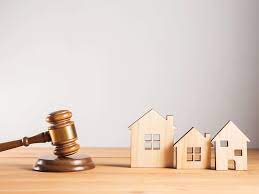 Brother-in-law evicts widow from her house

Posted by: admin in Miscellaneous News July 24, 2022 Comments Off on Brother-in-law evicts widow from her house 41 Views

LAHORE: The house of a 51-year-old widow, Shakila Anjum, has been illegally occupied allegedly by her brother-in-law in the Sabzazar Police limits.

Shakila, who came from Canada after meeting her son last month, was evicted from her husband’s house by Maher Waheed who is her brother-in-law.

A few months ago, her husband Professor Habib had died in a car accident.

Then she went to Canada to meet her son. On her return after two months, she arrived at her house in Syedpura, Sabzazar. Waheed evicted her from the house and threatened to killher, after which she lodged a complaint against him with the Sabzazar Police. Shakila has requested the authorities to take notice of the incident and give her right.