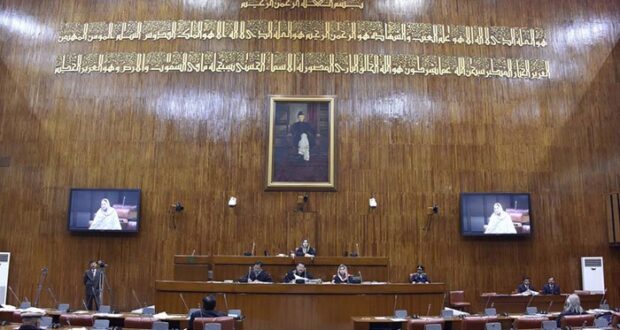 ISLAMABAD: A bill will be moved in the Senate on Monday seeking as a maximum penalty the public hanging of rapists of women as well as of male and female children under the age of 18. The minimum penalty proposed, meanwhile, is imprisonment till death. Expected to be laid before the Senate, the proposed bill makes rape cases non-compoundable, which means that no compromise can be reached in such cases.

The CrPC Section 381 is proposed to be substituted with the following: “Execution of order passed under section 376. (1)When a sentence of death passed by a Court of Sessions is submitted to the High Court for confirmation, such Court of Session shall, on receiving the order of confirmation or other order of the High Court thereon, cause such order to be carried into effect by issuing a warrant or taking such other steps as may be necessary.”

According to the bill, the sentence of death passed under section 376 and 377 of the PPC by the High Court shall be carried into effect at a public place by issuing a warrant or taking such other steps as may be necessary. Provided that the sentence of death, except in cases of rape, shall not be executed if the heirs of the deceased pardon the convict or enter into a compromise with him even at the last moment before execution of the sentence.”

The bill also suggests adding the following proviso to 411-A of the CCP: “Notwithstanding anything contained herein, an appeal shall lie to the Supreme Court from any order under section 376 and 377 of the PPC by a divisional court of the High Court and shall be decided within two weeks.”

Other relevant amendments are also being sought to ensure, “death or imprisonment of either description for a term which shall be life imprisonment without parole till death and shall also be liable to a fine.”

In his statement of objects and reason, Senator Javed Abbasi said, “Rape is a heinous crime; an act of violence that ruins the lives of victims. In Pakistan, rape cases are reported and registered, however, the conviction rates of the accused are abysmally low. Recent events relating to sexual abuse and rape throughout the country, particularly against children, have necessitated that tough punishments should be doled out to the perpetrators. The current penalties are low compared to the magnitude of the crime. The Bill aims to increase the punishment for rape as one of the deterrents to this heinous crime.”