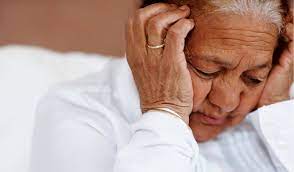 MANSEHRA: Over 95 per cent girls and women, who were subjected to violence, sexual assaults and early and forced marriages, suffer from multiple behavioural disorders, says a report.

The report was released by the Victim Support Services, a voluntary organisation formed by the police department to provide psychotherapy to such women across Hazara division.

According to head of the Mansehra VSS Unit Dr Lubna Safeer, the organisation is working for the better mental health of the women victims of violence, sexual assaults and early and forced marriages.

She told reporters that after over 300 such women received psychotherapy, 95 per cent of them complained about multiple psychological disorders.

Report released by voluntary organisation on such women

Dr Lubna said only nine of 35 districts in Khyber Pakhtunkhwa had Darual Aman for women victims of violence.

Meanwhile, chairperson of the KP Commission on the Status of Women Riffat Sardar said the overall government setup was opposed to the cause of women rights.

She said the men-dominated bureaucracy and provincial assembly felt so insecure that they didn’t discuss and legislate for the women’s empowerment and end to violence against them.

She said on the commission’s recommendations, the government had agreed to establish Darual Aman in all 35 districts and induct a psychologist.

Ombudsperson of the Khyber Pakhtunkhwa Protection against Harassment of Women at Workplace Rukhshanda Naz complained that the stereotyping was a big hurdle to the resolution of the women’s issues.

She said though the government introduced the Sexual Harassment at the Workplace Act, 2010, Domestic Violence Act, 2021, Ghag Act, 2013, Child Marriage Restraint Act, 1929, and KP Enforcement of Women Property Right Act, 2019, the cases of sexual and physical violence against women and children were on the rise.

gender based violence Violence against women 2022-01-09
admin
Previous: Man booked for torturing wife
Next: 57 women killed in Balochistan in 2021