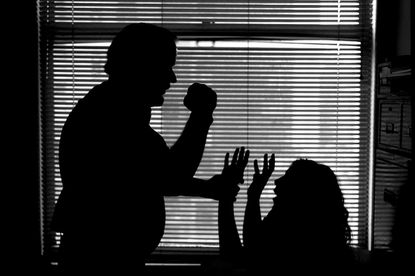 Balochistan reports 47 incidents of violence against women in 2020

QUETTA: As many as 47 incidents of violence against women were reported in Balochistan during 2020. In these incidents, 16 women lost their lives and seven were subjected to rape.

Director, Aurat Foundation, Balochistan, Alauddin Khilji, and member of the National Commission for Women, Balochistan, Fatima Khan, disclosed this while speaking at a joint press conference here on Sunday.

They said 33 incidents of violence against women were reported in just four districts of the province — Quetta, Sibi, Turbat and Gwadar.

They said the investigation report for 2020 revealed that overall 2,297 incidents of different natures, including human rights violation, murders, women harassment, were reported in 25 districts of the province.

“The incidents during the coronavirus pandemic were reported in a very limited number,” Fatima Khan said, adding that the number of such incidents was still alarmingly high.

She said a monthly review concluded that the number of such cases were very high in July during the peak of the Covid-19 outbreak and subsequently decreased.

Alauddin Khilji said 47 incidents of violence against women were reported in four districts of Balochistan — 29 from Quetta, 13 from Sibi, three from Turbat and two from Gwadar.

He said 16 women were killed and seven were raped in the province during 2020. “One woman committed suicide, two were killed in the name of honour and 13 were abducted,” he added.

“In the last two months, 10 people were killed in the name of honour in five reported incidents in Balochistan.”

He said every year on March 8 the International Women’s Day was observed across the world to show solidarity with women who were fighting for their rights. On this day, women all over the world should unite and raise their voice for their rights and governments should also pay attention to women’s issues, he added.

Mr Khilji said that the importance of International Women’s Day in Pakistan was significant due to miserable condition of a gender with over 50 per cent population.

She said Aurat Foundation has released an investigation report on incidents of violence against women and girls in Pakistan reported from January to December 2020.

In 2013, a law was passed to appoint an ombudsman, but to date it had not been implemented, he added.

He said the theme of the International Women’s Day in Pakistan this year is “Women Leaders Striving for an Equal Future in a Covid-19 World”.

According to him, the nation has come a long way in tackling this pandemic and women of the country have played a key role in this journey.

The chief minister said the present government had taken a number of steps to ensure gender equality in the country and women’s participation in all spheres. The provincial government was committed to provide equal opportunities to women and ensure the advancement of women through policy reforms, he added.

No country could achieve its development goals without participation of women in economic activities, he said, adding that and the present government was taking steps to make full use of women’s potential in all walks of life.