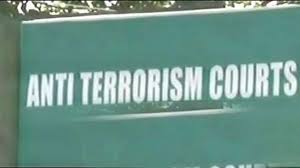 LAHORE – An anti-terrorism court (ATC) on Tuesday sent one of the two suspects Shafqat Ali alias Bagga involved in motorway gang-rape case to jail on judicial remand for 14 days.

ATC Judge Arshad Hussain Bhutta conducted the case proceedings wherein Gujjarpura police produced the accused with a muffled face in strict security. A deputy prosecutor general requested the court to shift the accused to jail on judicial remand for identification parade while submitting an application by the investigation officer for the purpose.

He stated that the accused was not nominated in the FIR but his DNA sample had matched with a sample obtained from the victim. He contended that as per law, identification parade of the accused was a mandatory requirement.

At this, the court sent the accused to jail on judicial remand for 14 days and directed for producing him on expiry of the remand term, September 29. The court directed jail authorities to make special arrangements to ensure that the identity of the accused could not be disclosed to inmates and private persons. The court directed the investigation officer to conclude the parade as soon as possible.

The police had on Sunday night arrested the accused, Shafqat Ali, from a house in Depalpur. Last week, two robbers allegedly raped a woman at gunpoint in Gujjarpura area while she was waiting for help on the motorway after her car developed a fault.

2020-09-16
admin
Previous: Body of female lawyer found at home
Next: Man held for rape of minor